Following early gains on Tuesday, equities fell as investors awaited US inflation data. Many believe the data will convince the Federal Reserve and other central banks to hold off on implementing rash interest rate hikes.

The future of China, the second-largest economy in the world, was clouded by worries about a rise in COVID-19 infections following the government’s decision to dismantle important components of its zero-COVID strategy.

Investor attention is mostly focused on the United States inflation figures, which are scheduled to be released at 1330 GMT on Tuesday. Core CPI inflation is expected to decrease from 6.3% to 6.1% and headline inflation to 7.3%.

A modest surprise to the downside a month ago sparked a surge of bond purchases and dollar selling on the belief that inflation had peaked. That presumption will be tested today, while the Fed’s decision on Wednesday will give policymakers an immediate response.

Treasury Secretary Janet Yellen cautioned on Sunday that the US economy remained vulnerable to shocks. She, however, expects a significant decrease in inflation in 2023.

Instead of the aggressive 75 bps hikes, they adopted earlier in the year, the Fed, European Central Bank, and Bank of England are all anticipated to raise rates by 50 basis points (bps) later this week.

In a research note, Deutsche Bank stated that the US CPI data “certainly has the power to modify the tone of the message at the Fed meeting, but is highly unlikely to impact the headline 50 bps hike.”

At the Fed’s final meeting of 2022 on Wednesday, rates are projected to rise by 50 basis points. Still, attention will also be on the central bank’s revised economic forecasts and Fed Chair Jerome Powell’s press conference. 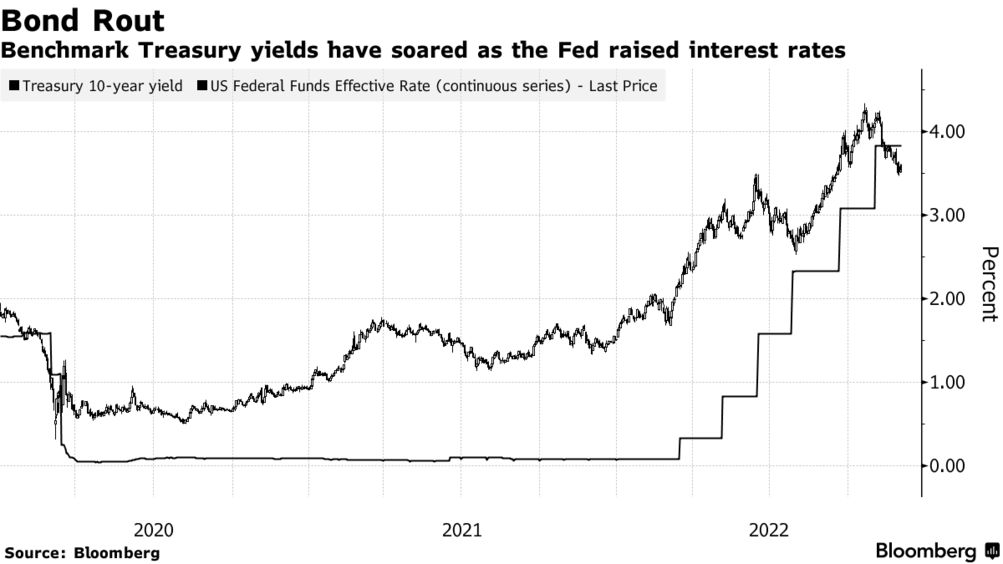 The two-year yields, which normally fluctuate in line with expectations for interest rates, increased 5.8 basis points to 4.388%.

Oil Prices Surge on Tight Supply Ahead of the Holidays

US oil stockpiles dropped by 5.89 million barrels for the week ending on December 16. The demand for heating oil in the US is expected to skyrocket. There are concerns about demand brought on by China’s COVID-19 increase. On Thursday, Oil prices increased for the fourth day in a row as US crude, heating oil, Read More…

The US dollar is gaining ground on hawkish comments from Fed officials. US treasury yields are on the rise, making gold less attractive. Some policymakers are open to a 75bps rate hike from the Fed. Gold prices fell to a three-week low on Friday. The yellow metal is on track to experience its first negative Read More…