After the coronavirus pandemic came upon the world having originated from China, it suddenly haunted other parts of the world. When the lockdown began to ease all over the world, China began to experience major growth in the economy and, in the last quarter, China hit a firm and an unanticipated 3.2 percent growth.

This was a very astonishing growth as China previously suffered an economic decrease during the first quarter of the year. The economic growth it recorded from April to June was its worst decrease since 1960s. In a press interview, a JP Morgan’s analyst, Marcella Chow informed the public that they had hoped to see the economy grow further in the coming months as they don’t see any further potential reason for a backslide.

The coronavirus pandemic has first hit China in December 2019 and this was when measures were put in place for all sectors of the economy to shut down to curb the virus. China was the first to shut down its economy worldwide in the face of the pandemic. By March when China was able to considerably contain the spread of the disease, the economic sectors in China were opened again and at his time other parts of the world started to face economic challenges due to the pandemic.

The National Bureau of Statistics reported that China’s economy began to rise gradually in the earlier months of 2020 when other countries had theirs falling. 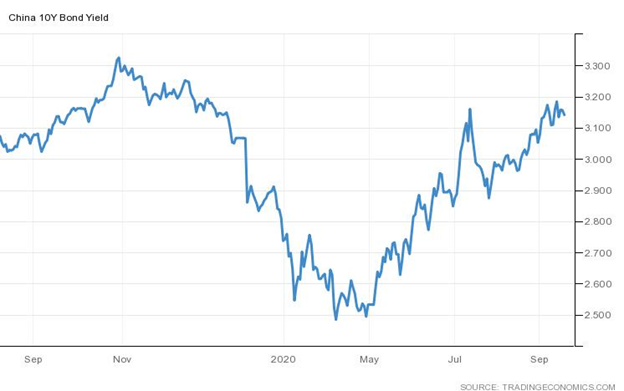 Economists predict that China has a high probability of recovering faster than other top economies worldwide as they plan to install a tough system to curb disease generation and spread in the country. This is to prevent the recurrence of the past event when more than 60 million people in large cities couldn’t travel or do trades as a result of the lockdown measures and regulations.

Currently, the manufacturing industries together with a few others have begun to function again. Unfortunately, some industries like entertainment, travel, and hotels are still observing the lockdown measures and waiting for the lifting of the bar.

One of the administrators of PNC Financial Services Group, Bill Adams, reported that the effect of the pandemic has brought about several losers and winners and this is true as the manufacturing sector is back to business and currently winning while the Cinemas is among businesses that are still closed, and thus, stands as a loser.

Job Losses In The Private Sector

In May, China’s ruling party guaranteed that the funds they would put into achieving a job-creation for up to 9 million people will amount to $280 billion (€245 billion).  Nevertheless, they did not join Japan and the USA to provide incentive packages costing about $1 trillion (€877 billion) or more since they are already on debt and they do not wish to increase the gravity of their debt.

The death toll in China was about 4,634 while the number of cases the board confirmed to have corona signs and symptoms was 83,611. Since then, there has been no case that involved transmission of diseases except a Beijing outbreak that rose about 330 cases which were eventually contained in the early days of September.

On the 16th of July this year, there was slight ease by the Government on the bans placed on tourism within China as they found out that no new case came up for nine straight days. However, the regulations stated that tourist sites would accept just half of the usual number of visitors. Also, the tours are within the country and could not be done outside it.

It was within the three months of economic growth in China too that their factories producing goods like toys, shoes, smartphones, etc, reopened and had a 4.4 percent increase in output. Despite the increase in production, there was a reduction in retails by about 3.9 percent since most of the people were in the confines of their homes. However, retail in China and most parts of the world saw a new face as the online retail increased from 5.9 percent to 14.3 percent around that time too.

It was sometime in June that their exportation sector began to function and increase by a robust 0.4 percent and importation of goods from the United States of America climbed by 10.6 percent despite the tax conflict between them. This conflict however caused some bad news as the import rates dropped by 3.3 percent afterward and are still dropping currently.

Market Researchers showed that with the decrease in the use of face masks and other medical items to curb the spread of the coronavirus pandemic in Europe and America, the exportation of goods from China will possibly keep reducing.

Morgan Chow of JP explained that the way the government can keep the economy in shape is to create employment opportunities for the citizens of China.

While the economy of China keeps growing currently, other regions like Europe and America might keep seeing a decline until some time in 2021 if not 2022. The reason for the success in China is due to the policies they maintained. These policies helped them to quickly curb the spread of the virus in the first quarter of the year as they reopened their economy and began growing. With the economic growth in China, it is evident that it is the best place to currently invest in as China at present influences the world in trades, manufacturing, and supply.

Bonds from the United States Treasury were used to realize a spot in bonds dominated by renminbi since the US bonds have reduced in worth in the current trade market. Right now in the world, China stands as the sole country having a conventional macroeconomic procedure that comprises no Quantitative Easing (QE), but constructive real interest rates. This is the reason why it is only the Chinese bonds that offers customers profits that worth more than 3%.

US Presidential Election Is The Key Upcoming Political Event

The main political uncertainty in the U.S. is the presidential election, scheduled for the 3rd November. Also, the apparent difference between the political programs encouraged by the Republicans and the Democrats is incredible. Democratic contestant Joe Biden has been maintaining the leading position in the polls for a few months ago, however, his lead diminished Read More…

ECommerce stock prices soar high, thanks to Coronavirus and social distancing. The contemporary wave of online shopping has seen an interesting new dimension to the COVID-19 Crisis. While traditional shopping gets limited due to lockdown measures, online shopping has become more dynamic. People who previously wouldn’t purchase things online are now compelled by the present situation to start looking online. Read More…

Why Cash In The Financial World Looks Good From Far Away, But Not So Good The Closer It Gets!

Most people nowadays do more cash investments.  Cash is essential for us to perform our day to day expenses, including making purchases of all kinds. When you save your money in the bank, you could receive interest on the savings and this is one of the reasons cash investments worthwhile. As a beginner, it could Read More…